It would be difficult to deny that the reputation of the Blackwing 602 has been somewhat over-aggrandized, due in no small part to the fact they were discontinued in the late 1990s. And despite the recent attempt at copying the pencil, marketing them using the same name, and the riding of coattails (attempting to co-opt 65 years of Blackwing history in the process), there remains an allure in obtaining a genuine Blackwing 602 knowing that it is part of a dwindling, finite supply.

At some point there just won’t be anymore, or at least so few that those who have them may be less likely to use them (much less share them). Toward that end I thought I would post a partial list of pencils that seem rather similar (to me, at least) to the Blackwing. Please chime-in with your own suggestions or share any impressions you may have about the following pencils:

The Blasidell Calculator 600 is as singular a pencil as the Blackwing, in my opinion. It is slightly softer and a little bit darker, but it is unmatched in terms of smoothness. This is a member of the “Steinbeck Trio”; it’s no wonder he enjoyed this one as much as the 602. If I could only keep one, I would be hard-pressed to choose between this pencil and the Blackwing. Of interest is the designation at the end: “MADE U.S.A.”

This pencil was originally manufactured by Eberhard Faber, but made its way to Faber-Castell in the late 1980s along with the Blackwing, Mongol, et al. I’ve read that the lead formulation is supposedly closest to that of the Blackwing, but contains less wax.

This seems like an accurate description to me. It crumbles a little bit—instead of a “waxy” smoothness, it has a fine, “powdery” smoothness to it. But when used on the right paper (something heavy and smooth) it’s an excellent writer.

I learned of the IBM Electrographic through Pencil Talk. It wears much like a No. 2 pencil but is noticeably smoother than most. Its lead formulation was developed by IBM for optimized use with machines that utilize optical mark recognition.

As you can see, this triangular pencil has a thick lead but it is incredibly smooth. This picture gives the false impression that it is larger than most pencils, but it’s not—it fits well within the circumference of the average round pencil, making it very comfortable to hold. What’s remarkable about this pencil is that it writes differently than a Hi-Uni 4B, which means that the artisans at Uni-Ball created a distinctly different pencil, one for the specific purpose of handwriting. I hope that they might consider issuing the Hi-Uni in this form factor; it’s probably the most comfortable triangular pencil I’ve tried, and the finish is top-notch.

Among the Japanese-made pencils available today, the Palomino HB is one of my favorites. It’s smooth, holds a point very well, and has a great lacquer finish. Even the eraser-tipped pencils have an excellent eraser (I swapped the ferrule on this pencil—this isn’t how they are sold). It is ironic that this HB more closely resembles the Blackwing in performance than both the first and second attempts made (by the same company) to copy it. Of course, these sorts of impressions are entirely subjective. 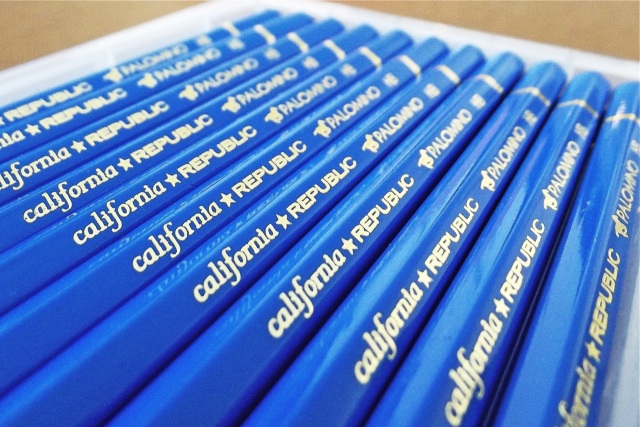 The polymer lead in this pencil is remarkably smooth, and performs more like a mechanical pencil. While woodcase pencils in general aren’t very heavy, this pencil is extraordinarily light. The imprint on the barrel leaves a bit to be desired in terms of quality, but in the end it’s an excellent writer. Thanks to Gunther for sharing some of his stash with me. 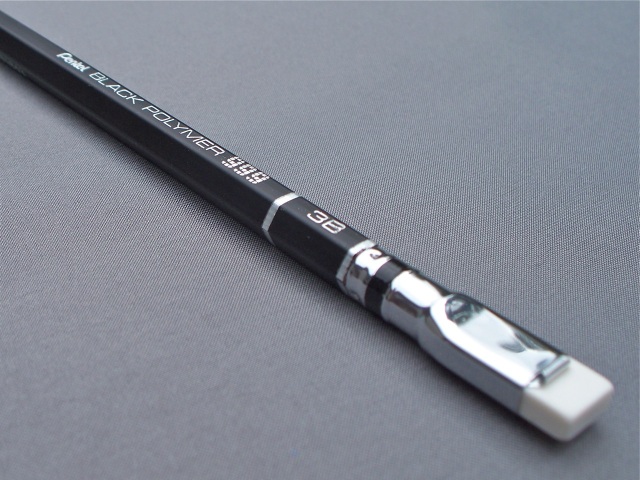 The Electronic Scorer 350 might have been Berol’s answer to the IBM Electrographic, and they are very similar. In fact there were quite a few pencils and lead refills available with these characteristics. It holds a point very well and writes smoothly on a variety of surfaces.

This pencil is a bit of an oddball, but no less worthy of inclusion in this list. If I’m not mistaken, the lead was designed to allow for writing on acetate, but I don’t know if that was its sole purpose. It’s not some kind of grease pencil—it writes just fine on paper; dark and smooth, though a little bit soft.

This isn’t an exhaustive list. There are others, such as the DeoJon B and the T-Prime B (thanks Matthias), the Mitsubishi Hi-Uni, Tombow Mono 100, the Microtomic, Craft Design Technology HB, as well as several others. With the exception of the Calculator 600, I’ve never really found a pencil that was as unique as the 602. But, for want of a Blackwing, those on this list will do just fine.

This site uses Akismet to reduce spam. Learn how your comment data is processed.